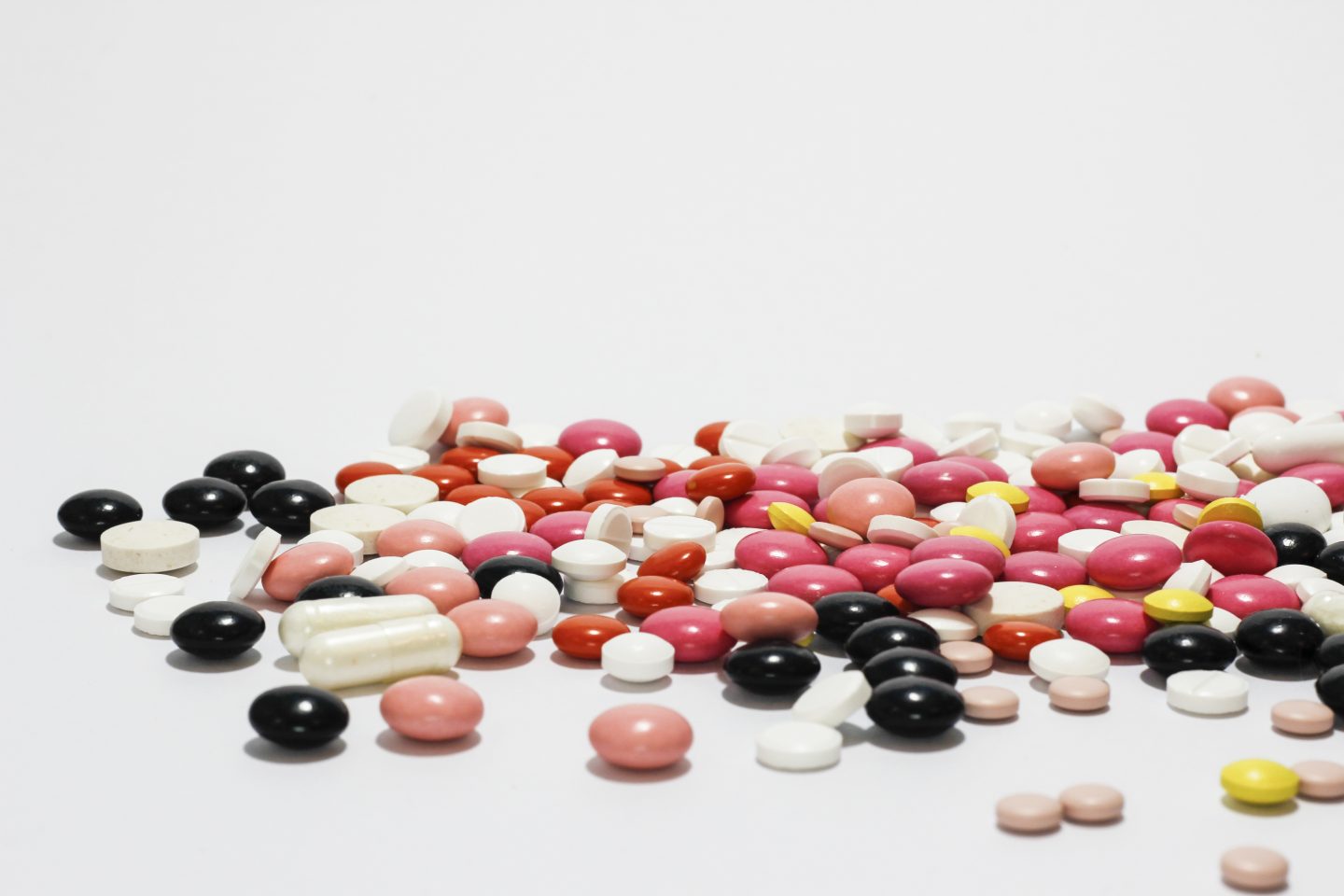 Many fungi are developed into medication to treat a variety of diseases. Used under public domain licensing.

The use of fungi to treat bacterial infections and aid the immune system in fighting infections in humans is well known; however, some fungi also produce metabolites that have been known to depress the immune system of mammals. One fungi that has the ability to produce such metabolites is Trichoderma polysporum (T. polysporum). T. polysporum is a saprotrophic ascomycete, and has rapid growth rates in wide variety of substrates (Yamakazi et al. 2011; Mach and Zeilinger 2002). T. polysporum is commonly isolated from soil samples and is known to inhabit roots, soil, and decaying foliage material (Yamakazi et al. 2011). This fungi has received widespread industrial interest due to its ability to produce large amounts of extracellular metabolites (Mach and Zeilinger 2002). One of these metabolites by produced by T. polysporum is manufactured into cyclosporin A, a drug used to depress the immune system in transplant patients to prevent organ rejection and to treat those with certain autoimmune diseases (Mach and Zeilinger 2002; Bennet and Pulliam1983). 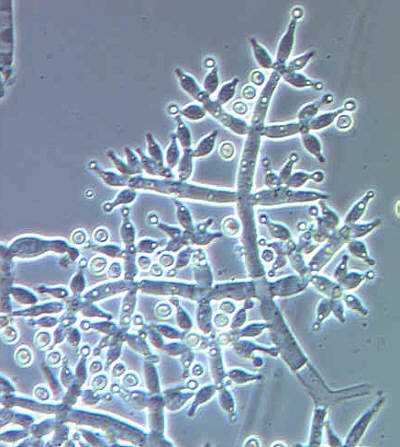 Microscopic conidiophores of a Trichoderma sp. Photo by the US Department of Agriculture’s Mycology lab at Wikipedia and used under Public Domain licensing.

T. polypsorum produces many secondary metabolites including a wide variety of cyclopsorins; however cyclosporin A is the only documented immune suppressing compound produced (von Wartburg and Traver 1986). Cyclosporin A is a cyclic oligopeptide, which can be isolated in vivo using organic extraction and chromatography techniques (von Wartburg and Traver 1986; Iida et al. 1999). In humans the immune system response is dependent on the proliferation and action of T-cells of various types (Bennet and Pulliam 1983). Cyclosporin A inhibits the function of these T-cells and therefore suppresses the action of the immune system (Bennet and Pulliam 1983). In transplant patients it has become the most widely used anti-rejection medications as it is known to be highly effective and produces relatively minor side effects (Lebwohl et al.1998; Cohen et al. 1984). It has also been noted that the use of cyclosporin A in patients with autoimmune conditions such as rheumatoid arthritis and psoriasis could minimize the effects of long term steroid use (Bennet and Pulliam1983).

In transplant patients; one of the main concerns is rejection of the donated organ, which occurs because the hosts immune system recognizes the donor organ as foreign and attacks it (Laupacis et al. 1982). In humans with autoimmune conditions, such as psoriasis and rheumatoid arthritis the immune system is overly active and attacks healthy cells and tissues (Laupacis et al. 1982). These health issues have been treated for the past 30 years with cyclosporin A with very high success rates (Lebwohl et al. 1998). It is the favoured medication in the treatment of these diseases because it only selectively suppresses the immune system; this means that the patient using the drug still has immune function and can respond to a viral or bacterial infection although with a lessened capacity (Laupacis et al. 1982). The selectivity of cyclosporin A only inhibits certain T-cell functions including those of both memory and killer T-cells (Laupacis et al. 1982).

As previously mentioned, cyclosporin A is commonly used to treat autoimmune conditions. One of these conditions is moderate to severe psoriasis (Heydendael et al. 2003; Palestine et al. 1984). Psoriasis is a skin condition that causes plaque formation (Heydendael et al. 2003). I have psoriasis and have been treated for my condition with cyclosporin A. A second-degree sunburn that I sustained over four years ago triggered my first flare of psoriasis. After testing confirmed this autoimmune condition, the dermatologist prescribed me cyclosporin A at a dose of 15 mg/kg. Over the next four months I continued the treatment with regular blood testing to monitor my kidney function, and  I saw complete success in management of my psoriasis. My body eventually developed a resistance to the medication and my dose was tapered down until cessation; the tapering was done to prevent my immune system from essentially rebounding from the suppressed state that the cyclosporin A was holding it at. I had a very typical clinical experience with cyclosporin A, and I was intrigued to discover that a fungus produces it. We are all aware of the classic, widespread use of fungi in medicine as an antibiotic, but I had no idea that it also produces metabolites that function in an opposite role.

A Trichoderma sp colonizing a log. Photo by Keisotyo at Wikipedia. Used under creative commons licensing 3.0.

Cyclosporin A is a highly useful metabolite of T. polysporum in the medical field (Dreyfuss et al. 1976). Its primary function is to suppress the immune system; this function can then be applied to treat those who have received organ transplants and those with autoimmune conditions (Cohen et al. 1984; Heydendael et al 2003). The side effects produced by cyclosporin A are minimal and easily resolved with proper dosage or cessation of treatment (Lebwohl et al. 1998). In the Western world autoimmune diseases are on the rise; and so future research into the secondary metabolites of other fungi could discover novel treatments, as was found in the 1980s with cyclosporin A (Cooper and Stroehla 2003; Cohen et al. 1984). Fungi are critical to many humans and are especially utilized in the medical field. The use of T. polysporum in the production of cyclosporin A is relatively unknown; however, this medical advancement has allowed for fewer organ rejections as well as the successful treatment of various autoimmune conditions. Many people would not be leading the life they are without this unassuming saprophytic soil fungus; in fact, you probably walk on it every single day!

This work by Fiona Raymond is licensed under a Creative Commons CC-BY Attribution 4.0 International License.

The societal impact of the coffee borer beetle, Hypothenemus hampei, on Hawaii