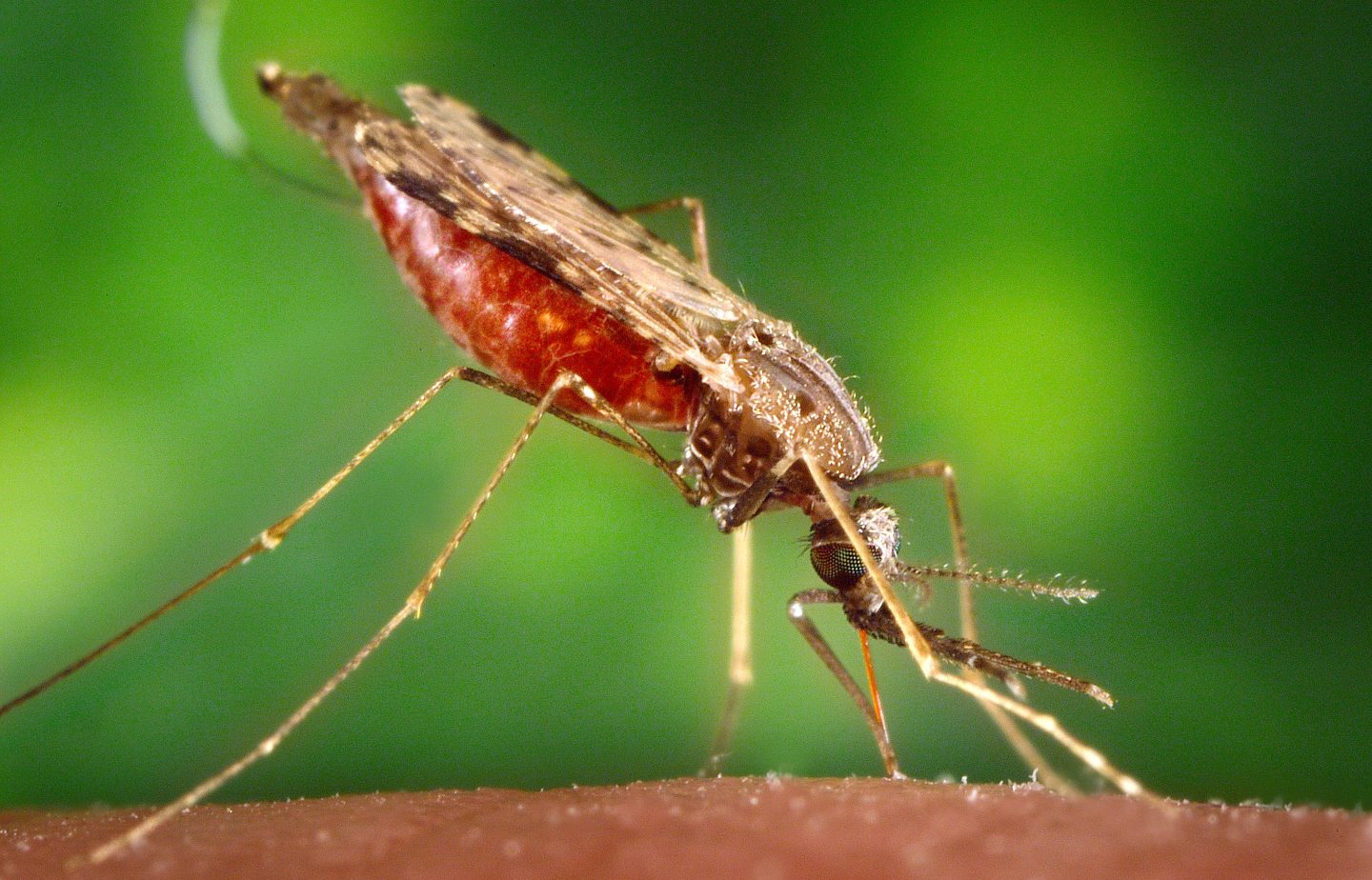 So you’re at the park in summer and get bit by a mosquito. If you are living in North America or Europe this is just a bug bite that will probably be itchy, but it’s considered nothing more than a trivial nuisance. However, that same bite transmits the malaria parasite to people in tropical and sub African regions. These mosquitos in the genus Anopheles are responsible for the transmission of the malaria parasite. Malaria has been a known problem for humanity, for centuries, and for a long time we did not even know how the disease was transmitted. That is until on August 20th 1897, when Ronald Ross, a British officer in the Indian Medical Service, showed that female mosquitos were the culprits. This was such an important breakthrough that Ross was awarded the Nobel Prize.1 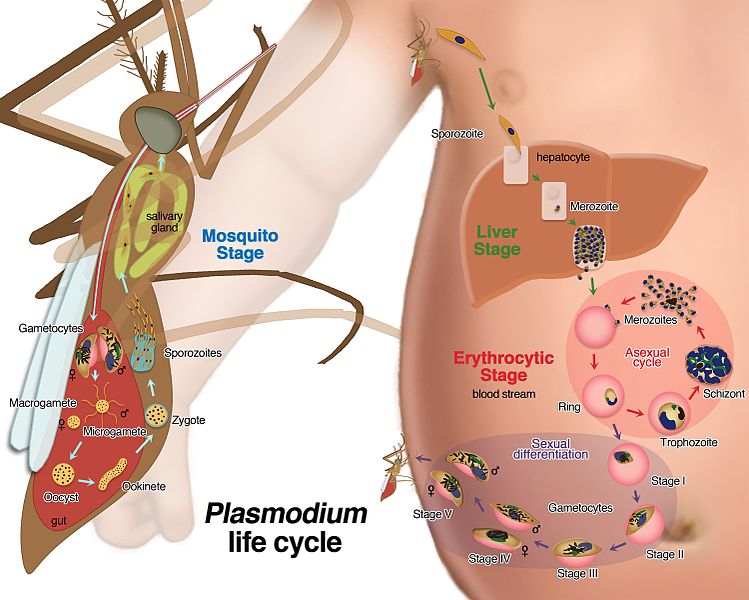 Okay! We know that the Anopheles mosquitos, specifically the females, are capable of transmitting malaria. We also know they are found worldwide, but don’t worry, only 30-40 species are vectors and most are in sub Saharan Africa and other tropical regions.1 How do we stop these pests from transmitting the disease? Well, currently, bed nets and insecticides are the main prevention method, but these are not enough. This issue is further compounded by social views on the disease, because malaria is a common problem in malaria endemic areas, similar to getting a cold for most of us; it’s just something that happens and is not seen as a larger problem by indigenous people. But malaria is preventable and should not be considered the norm. The most vulnerable groups of the parasite are young children, who have not developed immunity, and pregnant women, whose immunity has been lowered due to pregnancy. Not only is this a health issue to individuals; but the costs are experienced by families, communities, and nations.1

Here’s the thing, there must be three factors present for malaria to infect people and cause problems. These three factors are humans, mosquitos, and the parasite. We can try to target the parasite itself, the mosquitos, or ourselves.2 It seems that targeting the mosquito is the strategy most scientists are focused on. The interplay between the mosquito-human relationship is the key to the success of the malaria parasite. This is because they are the bridging factor that brings malaria to humans. Although past interventions in India and attempted to eliminate the disease have failed, there are new control methods being researched that show promise.

So scientists have been looking at ways to prevent transmission by targeting this group of mosquitos. Some researchers propose genetically engineering the mosquitos so that they can’t transmit the disease anymore.3 Others have a more radical approach; they want to completely eradicate the species that transmit the disease. Now, I know what you’re thinking, with all the environmental and conservation efforts these days, would killing all theses mosquitos cause other problems in the habitat for other species? Well do not fear, the mosquitos are not a keystone species, so they could probably be eliminated with little lasting effect on the environment.4

Let’s take a look at genetic engineering, the less extreme idea, what is it and how does it works. Well, essentially, genetic engineering is when we change the genetic code of a mosquito, or its DNA, called its genotype and cause it to have a different physical characteristics, called its phenotype.5 The idea is to change the genes involved with the parasite so that the mosquito is resistant to it, in hopes of saving human lives.6 The big problem with this idea is how to genetically change all the mosquitos in the population. We can’t change them all in lab so we must transmit the modification into the natural population in the wild.

Inheritance in nature is the main issue. The problem is with standard inheritance, as only 50% of the offspring will carry the transgene modification. When these offspring mate again with the wild type mosquitoes, the transgene modification will drop down to only 25% frequency in this generation. This will continue generation to generation until it becomes so insignificant that it will likely not effect the overall population or be eliminated all together.7 The idea to get around this is the newest innovation in genetic dispersal called “gene drive”. So what is gene drive? Basically, instead of 50% inheritance rate its closer to 100%.8 This seems crazy but the way this works is the genetically modified gene forcefully copies itself into the offspring almost every time, guaranteeing that the trait will be inherited and expressed in just about every offspring. In fact, this is so effective that it has some scientists concerned that the gene might be transmitted to neighbouring populations and get out of control or have unintended consequences.5

Trying to prevent unknown effects from occurring is admirable but realistically not feasible, as there will always be interactions and effects that could never have been predicted. That being said, we should try to limit the effects we can learn about. Not only do genes affect the phenotype or physical characteristics of an organism but the environment also plays a key role. This could result in genes not being expressed the way they were in lab in the actual wild environment.9 A way of finding out how gene dispersal might play out is to use models and small scale limited releases of the gene. There is an avian malaria parasite, which only affects birds, that is also transmitted through mosquito bites that has been proposed to be the trial run of such an experiment. Essentially to see how the genetic changes will affect the mosquitos responsible for malaria transmission in birds rather than humans. These experiments should be conducted with caged populations in laboratories to test the effects of the genetically engineered mutation before applying it to the wild populations. Eventually, a limited release in specifically constructed field cages should be done. The next step in modeling the gene transmission would be the eventual release of genetically modified mosquitos. This model gives a preview in how efficient the modification must be in order to prevent transmission and how much a genetic change will spread and mutate in the real world.10

All this may seem like science fiction; genetically engineering mosquitos to stop the spread of malaria and while it is not yet ready to be implemented, this is a real strategy that could be used in the near future. This approach could reduce the use of pesticides and insecticides reducing economic costs in the area. Also insect repellents and other forms of control, such as bed nets, would also become obsolete unless you are worried about the bite itself.11 There is still fear among people that this kind of genetic manipulation could cause too many unforeseen issues in the future because once you’ve introduced a trait into the wild population you cannot simply rescind the mutation. It is permanent introduction of a genetically modified organism into a native population. Clearly if genetic modification was successful and effective it could reduce the use of less effective control strategies and also save countless lives that are lost every year. So do you think we should genetically modify these mosquitos?

This work by Dildeep Gill is licensed under a Creative Commons CC-BY Attribution 4.0 International License.